Tim Berners-Lee makes another of his rare and insightful postings on his blog commenting on the media’s view of his new Web Science Research Initiative.

I’m not alone I’m sure, in thinking that the WSRI, a joint initiative between MIT and the great people at Southampton University, which looks to view the growth of the web from a societal as much as a scientific point of view is especially important when looking to the development of the GeoWEB. 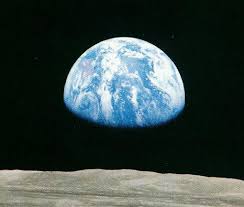 There is I’m certain for example a important piece of research to study the impact of exploration tools such as Google Earth and ArcGIS Explorer on users understandings of the physical, social and political environments. Could such tools have a similar but smaller effect to the famous Apollo 8 Earthrise image on todays geographically illiterate generation.

Written and submitted from home, using my home 802.11 network.

This site uses Akismet to reduce spam. Learn how your comment data is processed.